An Interview with Tori Miller 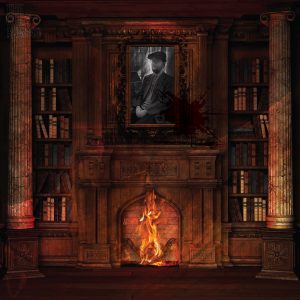 Welcome back Roomies…. It’s that time of year again. As Management gears up for the launch of Season 4 of The Grey Rooms, they let us get a sneak peek at the horrors to come with our first preseason episode. A twisted double-feature showcasing two mouth-watering tales; ‘Convenience Shopping’ by Mark Towse, and our tortured captive… *cough*.. I mean author-of-the-hour, Tori Miller with their story “Chop Shop.”

Pull up a chair, tuck in your napkins, and grab your knives and forks Roomies as we drop a little nugget of horror into your feeds to keep that insatiable hunger away.

GR: Welcome back Tori, it’s nice to see you again… truly I’m surprised The Warden let you out. This will be your second season with us as a guest author, tell us how it’s been seeing The Grey Rooms transform from season to season-?

TM: Every season gets better. That is how I can best describe The Grey Rooms as it transforms from season to season. Not only that, writing for The Grey Rooms feels like a dream come true. Back when I was listening to the first few episodes in 2018 I wasn’t quite sure where the story was going to go. On top of that, I had no idea that I would be a guest writer within the show. Now that I’ve still been listening in 2021 and wanting to see what will come next… says alot about what I think of The Grey Rooms. When someone asks me what fictional podcast they should listen to, I always talk about this one first. Sure you may have your Nightvales, Magic Taverns, and Adventure Zones, but this show is very special. Even if horror isn’t your bag like me back in 2018, it will be your bag once you dive into this podcast.

GR: I think we have a couple authors this season that started out as fans listening to the show- It’s been amazing to inspire people to want to write, join us in the rooms. Being both a writer and a fan of the show, do you have a favorite Grey Rooms moment?

TM: Yes! If I could only choose one favorite moment from the Grey Rooms it was the moment where I got a lovely email in my inbox telling me that the Grey Rooms have accepted my story for the first time. Not implying the second time was not as special but, the joy of being picked from something you’ve created felt very validating as a writer.

GR: You broke through that barrier that a lot of authors hope to cross. That moment you go from ameture author to a published professional. How do you feel about podcasts expanding the world of fiction publishing?

TM: Podcasts really are expanding the world of publishing. I love it, it provides a lot of opportunity, and they showcase more authors you’d never normally hear. My favorite fictional podcasts are shows that I can listen to everywhere, ones that suck you into the stories. Personally, why have a streaming subscription when you can support independent artists in the pursuit of making these shows. To me that would be money better spent rather than giving big corporations power through your monthly subscription. For those that can, donating time and money to an independent show you love is infinitely better than bingeing a TV show on some streaming service.

GR: Totally agree with you, you should always support new and exciting creative shows. *cough, insert Patreon link*  But with all seriousness, I think those are the kinds of shows that aren’t about the numbers, they are about showcasing the creative work. Building something really fun for listeners to get immersed in, keep them coming back next week to see if the hero survives. Which leads right into my next question- How did you come up with the idea for Chop Shop?

TM: For Chop Shop, this was a very simple process. I told myself that I would create a slasher, but not just a ‘run of the mill’ slasher. Instead I was going to create a killer I can only describe as an ‘anti-Jason’ and build from there. I really wanted a character that was dangerous, powerful, and tastefully sexy. Throw in some run-of-the-mill Midwestern fellas, and you have a story that is ripe for the picking.

GR: Run-of-the-Mill Midwestern Fellas is my new band name, lol. Chop Shop is such an interesting mix of twists & turns, as well as an opportunity for Jason to add in an excess of squishy noises. I can only imagine what researching for this story was like- was it a weird experience? Will your search history be permanently scarred?

TM: Watching cadaver footage might have been the weirdest thing I needed to research when writing Chop Shop. Granted that was many moons ago, but those images are forever burned in my mind. Furthermore, as a free bit of advice, if you are going to watch any sort of stuff like that, do it on an empty stomach. Also, don’t be like me and not have a five-gallon bucket nearby. Failure to heed these warnings tend to lead to messy results.

Now I had a weird experience when writing my other story for The Grey Rooms. When writing Take Over and the first parts of Chop Shop, I was writing those on a Windows computer. While that may not seem to be weird, the ads that targeted me were. While writing Take Over and reading the passages out loud to myself, YouTube started to serve me ads for depression and bi-polar medications. When writing the main antagonist Cleo in Chop Shop, I was served ads for… feminine hygiene products. This creeped me out to say the least, and I was not very happy about those ads. I’ve noticed that when I write or talk about a certain subject either on my Windows computer or by my Android smartphone, it tends to pick these sorts of things up. I tested this by acting like I was writing a Grey Room that involved Spam, and sure enough got ads for Spam. Because of this experience, I am planning on replacing both devices with Linux based alternatives. As of this writing, I’m utilizing a 11 year old computer running on Manjaro Linux, and will be utilizing a smartphone with CalyxOS. With these tools combined with good security practices, I can search whatever I want to research with relative peace of mind.

Remember, writing horror stories doesn’t have to be scary, but being spied on is.

GR: I think having ad’s and devices listening to us, especially after hearing Take Over, would be an even more unnerving experience than the normal “Why in the hell would they put me in that demographic?!” kind of ad.

TM: Oh it certainly is. I am currently studying for a Bachelor’s in Cybersecurity at Indiana Tech. While getting a Bachelor’s in Information Systems over at Purdue was a good place to start within IT, I want to pivot to more of the scarier stuff when it comes to technology. If you hit me up on Discord and talk about something related to cybersecurity or IT, then be prepared for a passionate discussion, but questions are always welcomed as I like to teach and write about what I know.

GR: I know if any of our listeners jump into Discord, you are one of the folks that always welcomes them, giving people lots of encouragement especially in the writing channels. Let’s talk more about your writing process, talk to us about building out a character.

GR: I think that’s the way to really do it- you are challenging yourself as a writer but also building a real depth to what the character experiences and sees. What projects are you working on now? Anything horrible, terrifying and downright fun for the whole family?

TM: Before I begin let me note that I am not only a full time IT professional, but also a part time student. Factor in some socializing and you got an environment where time is a precious commodity. While I did mention some lofty projects in the past, I decided that I might have to scrap most of those ambitions for some more obtainable projects. I do apologize if anyone was waiting on a novella or podcast with me at the writing helm. I was a bit daft when thinking I could swing those types of projects with my current set of circumstances. Now that I’ve addressed that, let me give you a tour of my current projects.

I’ve just completed writing a fantasy romance story set in an urban landscape for an anthology. Granted I’m not sure how much I can comment on this, but if this story doesn’t get picked up by them, then I might spin it into a novella. Or keep it as a reference within The Grey Rooms as an obscure easter egg. While romance isn’t exactly my first choice when it comes to writing, I like the characters I’m writing too much to put the project down. Or if they misbehave… they might just end up in The Grey Rooms for my writing pleasure.

When it comes to other projects, I am in the process of creating three new doors. While I don’t want to give away too much about these projects, they are going to be very different from either Take Over or Chop Shop. I want to take on different themes within the rooms that haven’t been explored and put a horror spin onto them.

GR: Oooooo well now I’m curious what kinds of twists you’ll throw our way. Thank you again Tori for taking the time to sit and chat with us… even if the Warden only allowed you to escape a room for a small amount of time.

If you’d like to hear more stories from Tori Miller, you can take a peek behind the door and check out these episodes: Take Over