An Interview with D.I. Russell 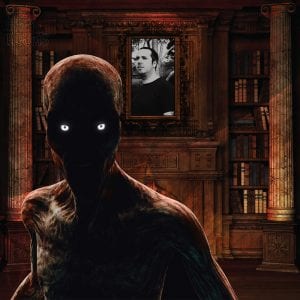 Welcome back Roomies, feeling lovey after that last episode? We had to put together a little something special together for you for Valentines Day- don’t say we don’t know how to romance our listeners.

But we’re glad you escaped her clutches and are back to celebrating another horror as we aim to set pace and keep up with this week’s episode, ‘Personal Best’ by D.I. Russell.

GR: Welcome back! This is your third tour in the rooms. You’re an old pro at dodging the warden at this point. We saw you last season with the never-ending slide of terror, ‘Down’ and in season one you brought us “Summer Child”. With these wide-ranging tales of horror we have to ask- have you been writing for a long time?

DIR: I remember starting to jot down ideas and flesh them out into short stories while working in my first job out of university. That would have been in 2004…so if my maths is on the money, 16 years. Hmm. I thought I would have done more in all that time…

GR: I mean..3 Season’s of horror D.I…. how much more can we handle! Lol but I know you’ve accomplished quite a bit as an author – you’ve got books on the shelves in quite a few places. Have you always dabbled in horror?

DIR: Yes, always mostly horror. On occasion I’ve written in other genres if a friend has put in a special request. What started it all? I’ve been an avid reader of horror from childhood. Once I stopped playing in bands in my early twenties I guess the creative drive had to aim at something else. I had dabbled in high school (turning every writing assignment into a horror tale!), and I remember reading Richard Laymon books and feeling ‘yeah…I could do this’.

GR: Richard Laymon has quite a collection of his own over the years. What would you say is your favorite kind of horror?

DIR: I prefer to read the more extreme end of the horror spectrum, and this is something I find myself discussing—and often defending—on social media. I don’t think people read horror for sunshine and rainbows. We want to be disturbed and shaken. However, our emotional reactivity to content is idiosyncratic. What appals one person may not phase another in the slightest.

I have a deep tolerance for the horrific, and that emotional reactivity is something I crave. Some of the most disgusting books I’ve ever read go so into the taboo that it makes me roar with laughter as each moment of depravity unfolds!  I love that emotional connection, as strange as it may be to some people. The absolute apex is what I call ‘the gut punch’, the moment you anticipate just how dark a story is about to get, and you enter a magnificent ambivalence over turning the page. Magical!

GR: The ‘Gut-Punch’ kind of stories are ones we always tend to gravitate towards. How do you surprise in horror when you know everyone has to die at the end. It’s those ‘Gut Punch’ moments that really make the stories come to life and scare the hell out of people- but that can sometimes be really hard to recreate. How do your story ideas come to you?

DIR: Through the old chestnut of ‘write what you know’. I’ll come across places, people, or situations that I feel I could reproduce in an engaging way…and then think of how I can mess them up. For example, looking at my previous stories in The Grey Rooms, ‘Summer Child’ came after visiting an odd family one sweltering evening here in Australia, and ‘Down’ is based upon a huge slide in my wife’s home town that I just don’t trust! I’m terrified when my kids go down the huge monstrosity. But why? What might happen? That’s where the horror comes in. I think Laymon described horror writers as imagining the worst ‘what if…?‘.

GR: Sounds like Laymon has made quite an impression on the way you think about storytelling. Is that what you’d tell other authors looking to dip their toes in the game. What’s your best piece of advice?

DIR: Now that’s a tricky question as my usual answer…I’ve lost a little faith in.

I used to recommend joining writing groups, forums, and other writing communities. I’m generalising wildly here, but I’m starting to question the…I don’t know… It’s where I started out: gaining advice and criticism from more experienced writers, developing not only writing skills but the ins and outs of the writing world, and also the thick skin you often need to survive it.

I’ve gone back to these places a few times, but I feel that everyone is too afraid of offending, or thinking that criticising a story places them in a bad light. Feedback showed that every story was amazing, everystory was worthy of being published. I’ve been writing for…(looks at first question) sixteen years (oh jeez…) and I’m still critical over everything I do.

Having editors tearing me a new one several times, I’ve learned. You don’t learn a damn thing surrounded by people who are telling you how awesome you are all the time. So I guess that’s my advice. Find a person, or ideally persons, who has the honesty, respect, and resolve to tell you your work sucks when your work sucks. Ask the authors I beta for! They’ll tell you I can be a bit harsh at times, but my heart’s in the right place! ><

GR: No I think you are 100% correct with that. I know a lot of the work that I do, I create- if I ask for an opinion- I want the most blunt answer you can give me. If it’s bad- be straight about how bad it is otherwise I can’t fix the problems. Have you found it to be challenging to write for a podcast vs. writing for a traditional anthology?

DIR: The Grey Rooms are a little different from a magazine or anthology appearance. First of all: always follow the guidelines! This should go without saying for any submission. But secondly: be aware of the medium in which your story will appear. Ensure your dialogue sounds natural when read out loud…because, you know, it will be. I also write my Grey Rooms stories with the sound effects in mind. I don’t put specific instructions in there, but try to write aurally interesting tales to give Jason enough to get his teeth into.

DIR: Absolutely fantastic, and I can’t emphasise enough the buzz that you get. The complete package, with the music, the voice actors, the effects…everything just completely firing on all cylinders. I’ve joked with The Grey Rooms crew that the worst thing about my episodes is the writing! It’s the closest I’ve come to having a movie made from my words, and like working with a director, the source material can sometimes come out differently than you planned, which is awesome. You get something new and unexpected out of your own work.

GR: Well you’ve given us quite a few challenging but fun projects to work on! What projects are you working on now?

DIR: My Mind Terrors series is always ongoing, with the first three standalone novellas out there for readers to (hopefully) enjoy, with the fourth complete and at the editing stage. A new full length novel,Scream Ride, was released in March. I’m also putting together a 10 year anniversary re-release of my debut novel Samhane. And, of course, a few more Grey Room stories!

GR: Well we can’t wait to read what you send our way! Thank you again for sitting down with us- I think the Warden is in the other room waiting to catch up with you so you don’t escape the next door!

If you’d like to hear more stories from D.I. Russell, you can take a peek behind the door and check out these episodes: Summer Child, Down